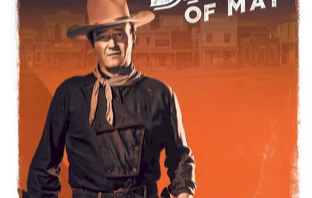 General entertainment television network INSP announced today that every weekend in May will be dedicated to the best Western films of legendary screen star John Wayne, "The Duke."

The announcement came from Doug Butts, SVP of Programming for INSP. "Our viewers have responded consistently and positively to our commitment to airing Westerns on our network, and we will keep delivering what they want," said Butts. "This will mark the sixth year of devoting a month of weekends to the iconic Wayne,…

1
Heart & Mind
Fans of John Wayne invited to unique evening celebrating The Duke
OKLAHOMA CITY (KFOR) – Fans of one of America’s favorite cowboys will have a unique opportunity to learn more about him and one of his most popular films.

On Friday, Jan. 10, the National Cowboy & Western Heritage Museum is honoring The Duke with an exciting evening of food and fun.

The evening will begin with John Wayne’s own granddaughter, Anita La Cava Swift, who will give an introduction into the 1969 film True Grit.

Kevin
Jan 4th 2020
Heart & Mind
Let's talk about how John Wayne's grandson is the Mandalorian’s stunt double
Along with Flash Gordon, Joseph Campbell, and about a million other things, George Lucas was inspired by The Searchers when he created Star Wars. The director even slid a few subtle references to the film into A New Hope.

The star of The Searchers, of course, is John Wayne, so it's cool in a full-circle kind of way that his grandson is now officially part of the Star Wars universe. 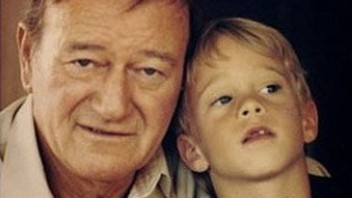 Brendan Wayne got his start in the family business in a 2001 episode of Angel, and since then he's appeared in a lot…

1
Heart & Mind
White O’ Morn cottage still in ruins
Despite being voted a “Protected Structure”, Maureen O’Hara’s dearest wish to see the beloved Galway cottage restored can not happen without the owner’s involvement and actions from the Council

There are no plans for the cottage, made famous in the 1952 movie The Quietman, starring John Wayne and Maureen O’Hara, to be saved despite the fact that it legally qualifies as a protected structure a dismayed community leader told IrishCentral.

I do favor some of his later movies but I have several older movies that I'll watch regularly. Some of the early movies that I find to be a great watch is the John Ford trilogy movies She…

2
Heart & Mind
The granddaughter of Oscar-winner John Wayne is about to step into Fort Smith for the very first time.
Members of the Friends of the Fort nonprofit will host a reception for Anita La Cava Swift at 4 p.m. July 13 at Darby Junior High School, 616 N. 14th St. The event will celebrate Swift’s time in Fort Smith and will include a screening of the 1969 John Wayne movie, “True Grit,” as well as a discussion on the film’s accuracy and influence on Fort Smith, said Floyd Robison, treasurer for the Friend of the Fort.

At least it might not be a scene by scene remake and is set in a different time period. We shall see how this comes together!

1
Heart & Mind
True Grit 50th Anniversary in Theaters May 2019
Mark your calendars! True Grit is making a return to theaters for two dates in May 2019.

Celebrate the 50th Anniversary of the classic Western that won John Wayne his first and only Oscar®. The legendary movie star gives his most iconic performance as Rooster Cogburn, a drunken, uncouth and totally fearless one-eyed U.S. Marshall hired by a headstrong young girl (Kim Darby) to find the man who murdered her father. When Cogburn's employer insists on accompanying the older gunfighter, sparks…

3
Heart & Mind
Spirit of 'The Duke' lives on in Arizona
All right, pilgrim, Hollywood may have been where Western movie icon John Wayne made his fame and fortune, but he clearly also left a mark – and perhaps a piece of his heart – in Arizona.

The bigger than life celluloid cowboy's love affair with our state dates back to 1930 and “The Big Trail,” which was filmed near Yuma. He starred in or directed in dozens of movies filmed in Arizona including the classics “Stagecoach (1939),” “Angel and the Badman (1947),” and “Red River…

3
Heart & Mind
Ridgway Old West Fest planned to celebrate 50th Anniversary of True Grit movie
2019 marks the 50th anniversary of True Grit, the movie that earned John Wayne his only Academy Award. The famous director Henry Hathaway brought a cast and crew to Ridgway and Ouray County in the summer of 1968 to film much of the movie, which was released in 1969. The first annual Ridgway Old West Fest, organized by the Ridgway Western Heritage Society and scheduled for October 11-13, 2019, will celebrate Ridgway's brief transformation into Fort Smith, Arkansas, half a century ago.